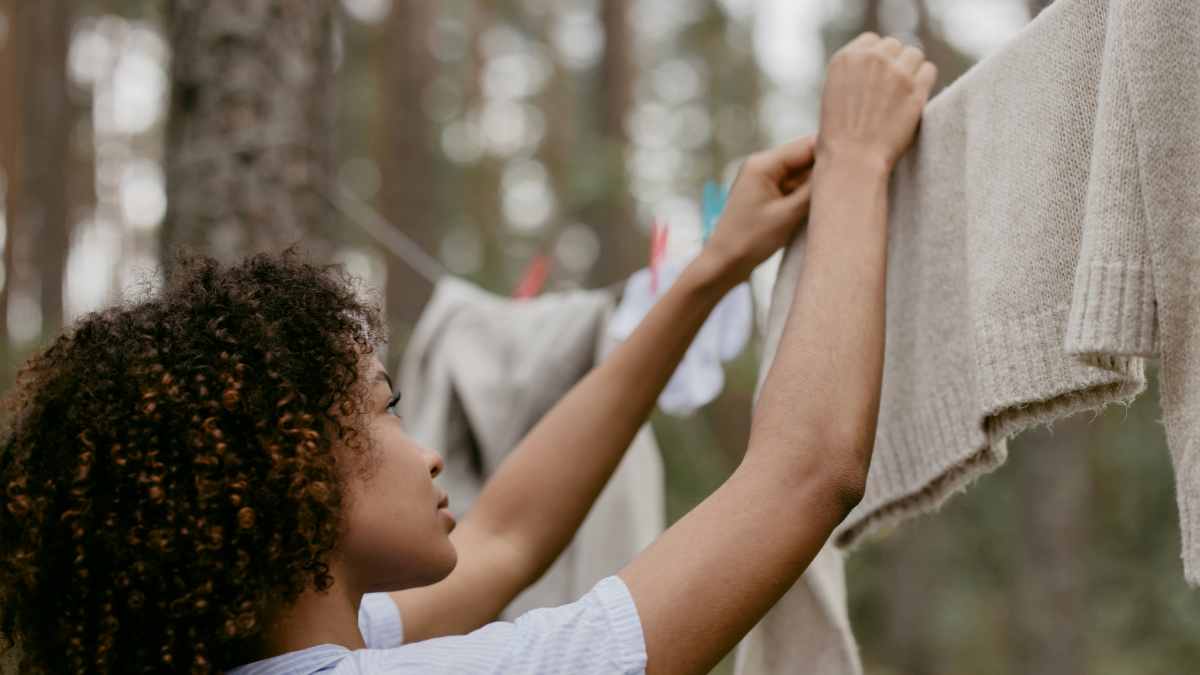 Whatever you tell yourself you are “just too much of” that makes you feel like you can’t be used by God in some way, you are wrong.

Now imagine having the faith habits that are practical for your schedule and simple to implement that make this a reality.

Listen life's not going to slow down anytime soon but you can experience the spiritual refreshment you crave. Are you ready to learn how?

Then check out my new course the Grace > Perfection Formula: Your Guide to Cultivating Stronger Faith Habits. In this course, you're going to learn how to spend quality time with God and be given the tools you need to develop stronger faith habits that provide room for your relationship with God to grow. And you're going to get the support and encouragement you need to stay on track.

Because, friend, if you're not intentionally growing closer to God then you're inevitably drifting further away from him. But this is your opportunity to change course learn more and enroll now at alisonsimmonsbible.com/courses/faith habits. See you there!

The town had been buzzing for days. It’s no secret that King Jabin of Canaan has been bullying the Israelites for the past 20 years and there have been rumors floating around that the Israelites have finally had enough. Apparently, they’ve decided it is time to fight back.

Their army showed up just a few days ago. They look like a haggard bunch of men, but there is something in their eyes. I don’t know exactly how to explain it other than to say that they seem to know something no one else does. I can’t tell if it is foolish optimism that they can actually win or if they have some secret weapon that no one else knows about.

My name is Jael and I am the wife of Herber. Our family hasn’t been affected by the struggle between the nation of Israel and King Jabin. After all, we are Kenites and have lived in peace with King Jabin for as long as we have been settled in this land.

Honestly, as long as it doesn’t affect our household directly, I am content to just keep living our day-to-day lives and stay out of it. But today things are a little different. Even though the battle is miles away when my husband had to go out to work and he told me and everyone in our house to stay inside. There is no telling what could happen and he wants us to be safe.

So here I am, going about the daily chores, trying to look as if everything is normal so that no one around me sees how anxious I am and that means I have to hang these wet clothes so I am going to go outside and do it as quickly as possible.

Wait – who is that running across the field? My husband left in the opposite direction so it can’t be him. Maybe it's someone with news about the battle?

Oh my gosh! It’s Sisera – the commander of the king’s army and he is coming right towards me! What could possibly be going on? The 2 min I chose to be outside today just happened to be right NOW?

Can you imagine what must have been going through Jael’s head at that very moment? Shock. Fear. Disbelief. Even though her household had been living in peace with King Jabin, that doesn’t mean they weren’t aware of how he and Sisera had treated the Israelites.

In Judges ch 1, we read that Sisera had 900 chariots of iron and he oppressed the people of Israel cruelly for those 20 years. Despite the fact that they didn’t have Fox News, or the NY Times or social media back then, it is absurd to think that those living close by didn’t know what was going on all that time. They just stayed out of it.

Now Jael wasn’t anyone special, technically speaking. She isn’t attributed to any great gifts of wisdom or discernment like Deborah, the other female character in this chapter of the Bible, who was a judge over Israel at that time. We aren’t told she is known for great bravery. She was, by comparison, just a stay-at-home-wife and mom (presumably, not that the text explicitly says that).

And she wasn’t planning on doing anything other than taking care of her household that day Sisera ended up on her doorstep. She was just going about her daily tasks when she was suddenly faced with a situation that she had no choice but to deal with right then and there.

And isn’t that the way God often works?

On a typical, run-of-mill day when you are just crossing things off your to-do list, have you ever suddenly found yourself in the middle of a God-ordained moment and you feel completely unprepared to handle it?

Maybe someone asks you a question about God that is really hard to answer like, “If God really exists, why do bad things happen?” And you want to answer but suddenly your brain freezes and you find yourself stuttering over your words trying to explain it.

Maybe you get devestating news and others are looking to you for reassurance that God is still in control and everything will be okay. You know that Romans 8:28 says, “And we know that for those who love God all things work together for good,” But at that moment, your faith is shaken to the core and you feel paralyzed with fear.

Maybe someone asks you to participate in or even lead an event or ministry and you feel completely overwhelmed by the weight of responsibility and desperately want to say no, but also know that you are needed and feel obligated to say yes despite believing you are not equipped for the job.

Fill in the blank, friend. What do you tell yourself you are “just too much” of that you feel like you can’t be used by God to further His kingdom in some way?

Listen closely because I want you to hear me say this…You.are.just.right.

I understand this can feel frustrating because it is easy not believe that is true. I can honestly say that I have felt that way many times for several different reasons.

I have felt ill-equipped and fearful of screwing up, like the time my friend called me and asked me if I would mentor her college-aged daughter.

I have felt over-qualified and impatient, like a few years ago when I was raising babies, and thought I had no way to use the gifts God gave me. (Hear more about that in Ep 4 – Dealing with Discontent)

I have felt humiliated and embarrassed when my sinful pride was on display in front of my church family as I led a community event that wasn’t going the way I wanted it to.

Guess what? Despite my fear and impatience and humiliation, God used me for His glory anyway.

For some crazy reason, through our time together each week, that college student started walking closer with God again.

As my children grew (and continue to grow), they are are learning about Jesus through my teaching them as well as my actions.

That community event was a success and, other than the few who saw me through an adult-size tantrum beforehand, they had no idea there had been any last-minute issues at all.

Despite me being just being a sinner, I was just who God chose to point others to Jesus in each of those situations. So whatever you think you “just are” remember - you are just enough.

So what happened with Jael? How did things turn out for her in that moment?

“And Jael came out to meet Sisera and said to him, “Turn aside, my lord; turn aside to me; do not be afraid.” So he turned aside to her into the tent, and she covered him with a rug.

And he said to her, “Please give me a little water to drink, for I am thirsty.” So she opened a skin of milk and gave him a drink and covered him. And he said to her, “Stand at the opening of the tent, and if any man comes and asks you, ‘Is anyone here?’ say, ‘No.’”

But Jael the wife of Heber took a tent peg and took a hammer in her hand. Then she went softly to him and drove the peg into his temple until it went down into the ground while he was lying fast asleep from weariness. So he died.”

Wow. That was an unexpected ending, right?

Now, we don’t know the exact motives behind Jael’s actions. Maybe it was self-preservation as well as protection of her household because she knew what kind of man Sisera was even if she hadn’t personally been on the receiving end of his cruelty before.

Maybe she felt a deep-seated connection to the Israelites because her husband was a decedent of Moses’s father-in-law and she saw a chance to free them from oppression.

Maybe she just assumed Israel must have won the battle because Sisera was on the run and she wanted to be on the winning side.

The truth is, her motivation doesn’t really matter. Jael was just a stay-at-home-mom that God used to save His people from their enemy.

I am going to repeat what I said a minute ago just in case you need to hear it again.

Whatever you tell yourself you are “just too much of” that makes you feel like you can’t be used by God to further His kingdom in some way, you are wrong.

Maybe God is waiting for you just look up and around and see the opportunity He has set before you.

Friend, I hope you were blessed by this episode today. Do you know another woman who needs to hear it? If so, would you send it to her? Or, if you know a lot of women who need it, would you share on social media and tag me so I can say thank you? My IG handle is alisonsimmons.bible and my FB page is Alison Simmons Bible. And if you are not already following me on one of those 2 platforms, come on over and say hi!

Finally, if haven’t already, would you do me a favor and give this podcast a 5 star rating and leave a review on Apple podcasts? Your feedback encourages other women to give it a listen and get the spiritual encouragement they need.

Until next time, remember, laugh through the chaos, hope through the tears as you learn to live each day by grace and not perfection.